The announcement of a new 12-sided £1 coin came with George Osborne’s budget last year. Now, prior to his latest budget, the Chancellor has taken to Twitter to give us a glimpse of how the new coin will look. 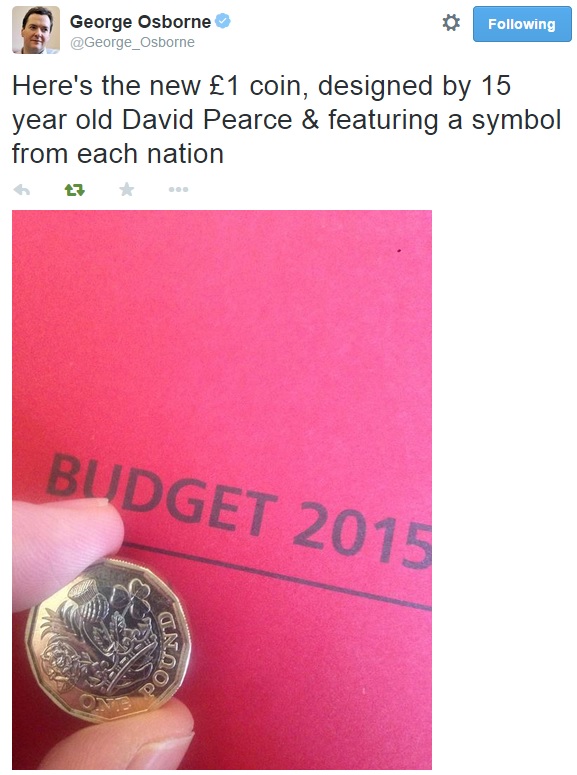 George Osborne Tweeted this photo of the new £1 coin design

A public competition was launched by the Royal Mint in September 2014 to find the new design, and the winner has now been revealed as fifteen-year-old David Pearce from Walsall.

His design was chosen from over 6,000 entries to the competition, and will first appear in our change when the new £1 coin is issued into circulation in 2017.

In his design, four floral emblems have been used to represent each of the constituent countries of the UK. A rose for England, a leek for Wales, a thistle for Scotland and a shamrock for Ireland. 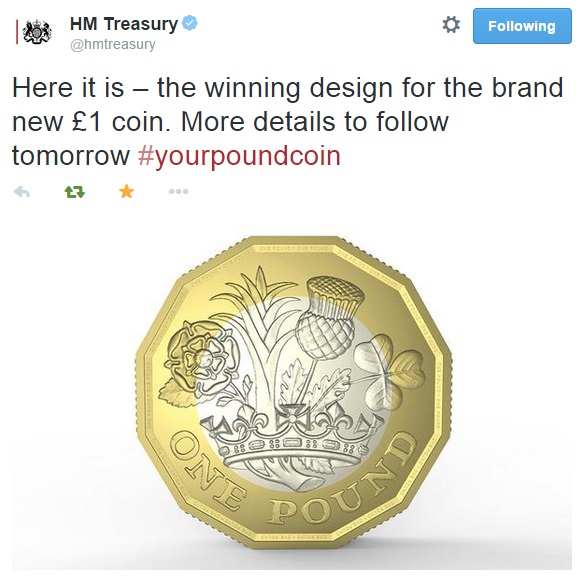 It is a concept inspired by a £1 coin series of the past, but a nice symbolic touch in this updated version is the amalgamation of all four emblems into one stem intersecting the Royal crown.

Commenting on the new coin, George Osborne said; “The competition captured the imagination of thousands of people and David Pearce’s winning design will be recognised by millions in the years ahead”.

Remember, you can Find, Collect and Swap the coins in your pocket for FREE with www.changechecker.org