The UK £5 coin is legal tender, but you won’t ever find one in your change. They were first issued in 1990 and are usually reserved for commemorating Royal occasions. But many others also commemorate significant British anniversaries, and they are a favourite among collectors because of their interesting and powerful designs. I’ve picked out my top five here. 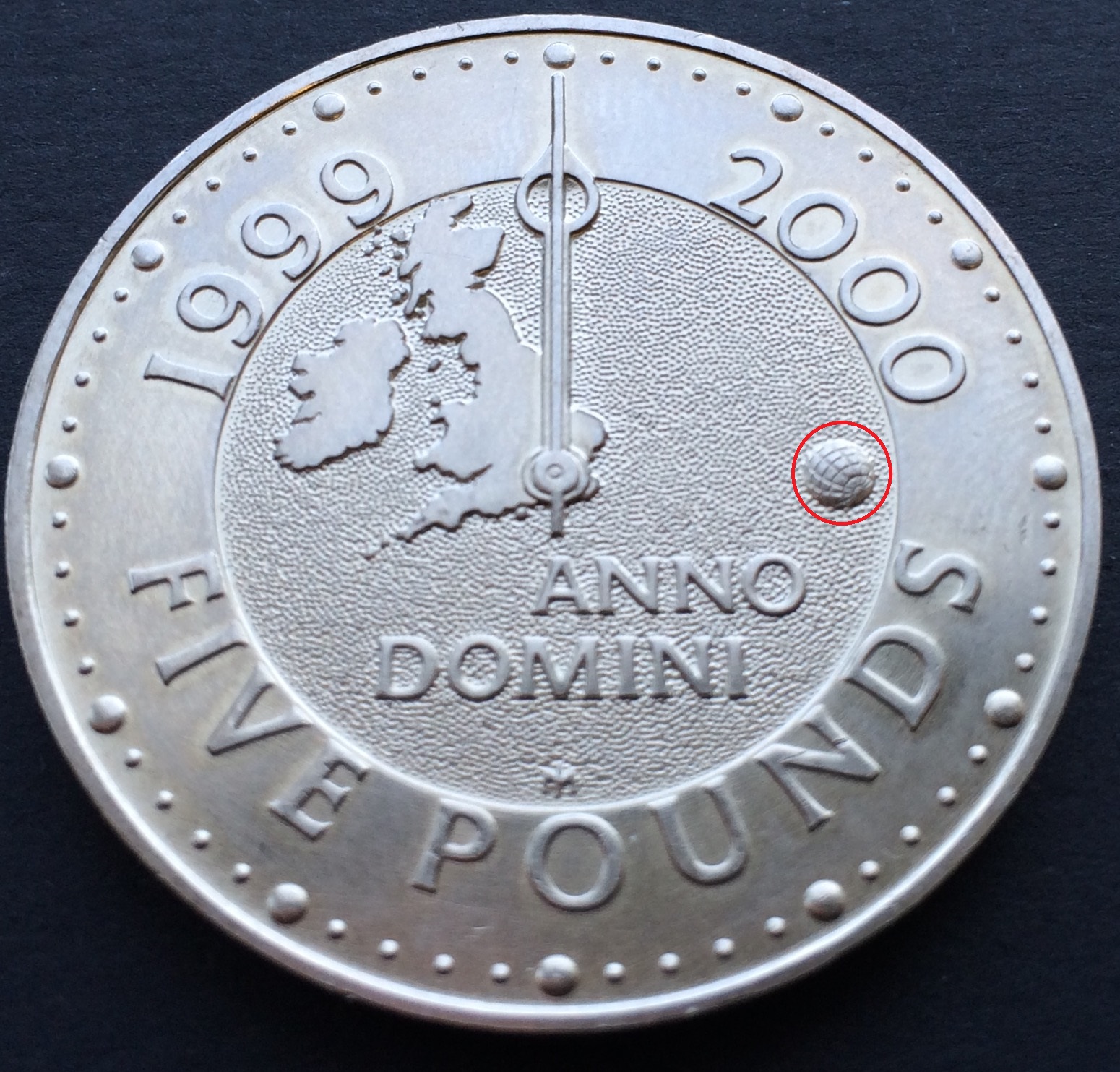 In the build up to the New Year’s Eve in 1999 these coins were widely given as a souvenir of the historic moment we shared when the clock ticked over into the new millennium. Jeffrey Matthews captured this perfectly with his clock hands passing through Greenwich, positioned at midnight. A limited number of these £5 coins were struck at the Millennium Dome and bear a small Dome mintmark (circled). You can count yourself lucky if you’ve got one of these rarer and more valuable versions! 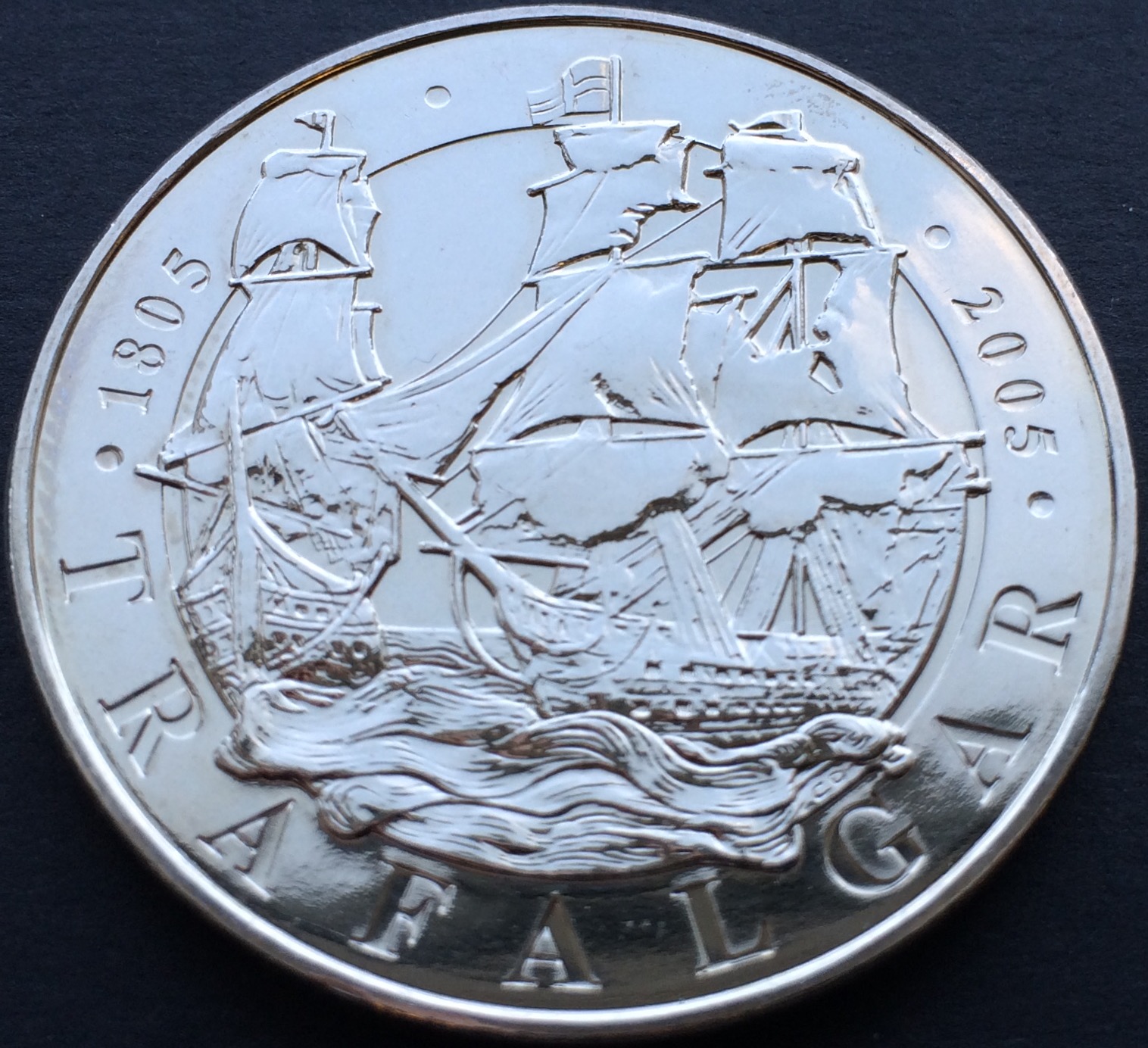 One of the greatest landmarks in British history, the Battle of Trafalgar was fought on 21st October 1805. The Royal Mint marked the bicentenary with two £5 coins. The first of these designs by Clive Duncan, shows Nelson’s flagship Victory leading the fleet into battle. HMS Victory is in service to this day as the flagship of the Commander-In-Chief, moored in Portsmouth dockyard. 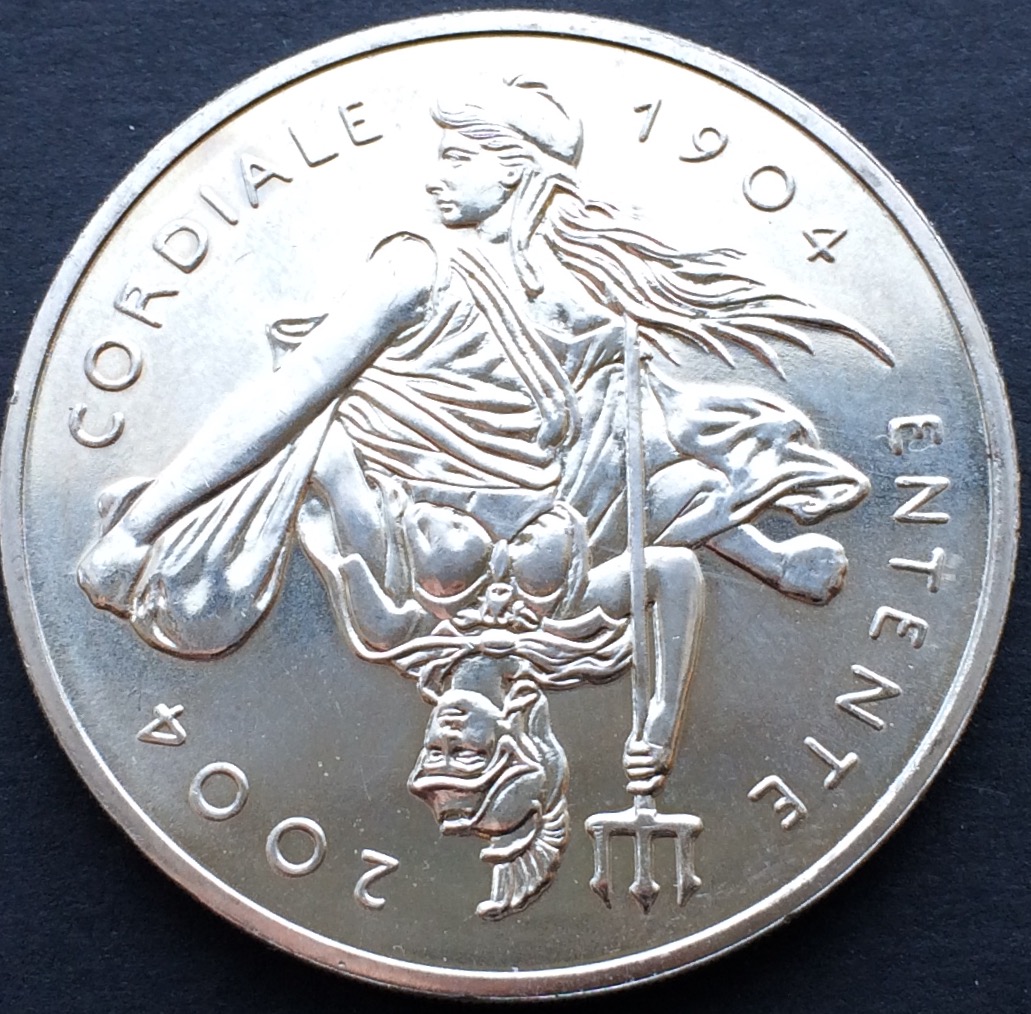 The Entente Cordiale was a series of agreements between Brtiain and France which ended nearly a millennium of intermittent conflict between the two countries. To mark the centenary in 2004 the Royal Mint released this commemorative £5 coin. The reverse design by David Gentleman features an unusual and striking combined image of Britannia and her French counterpart, Marianne, to symbolise the bond between Britain and France. 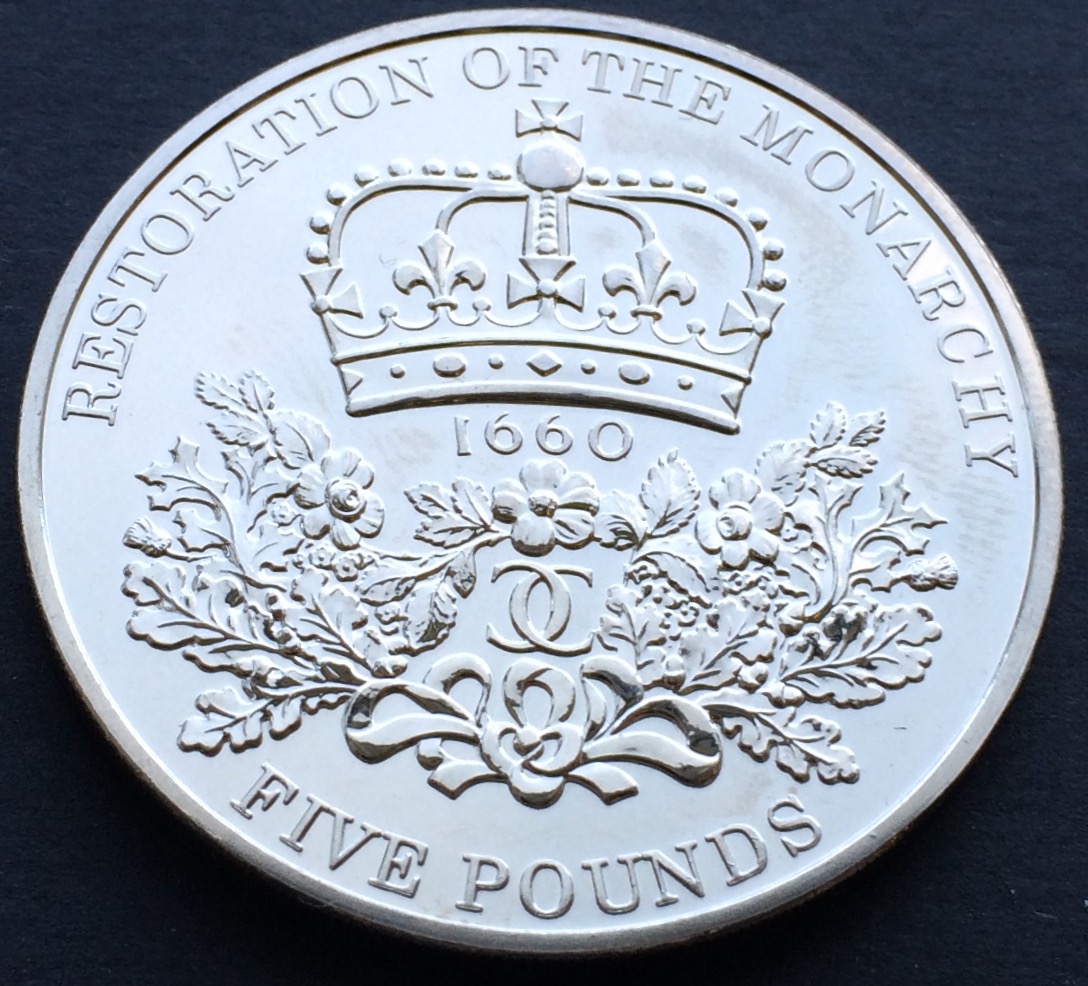 Restoration of the Monarchy £5

In 1649, following the English Civil War and the subsequent execution of Charles I, the British monarchy was abolished and the kingdom became a republic with a new government presiding – the ‘Protectorate’ – led by Oliver Cromwell. This £5 coin issued in 2010 marks the 350th anniversary of the restoration of the monarchy under Charles II in 1660. The reverse design features a simplified version of Charles’ crown with the inclusion of oak leaves. Amidst the oak leaves the coin also features a rose and thistles representing England and Scotland respectively. 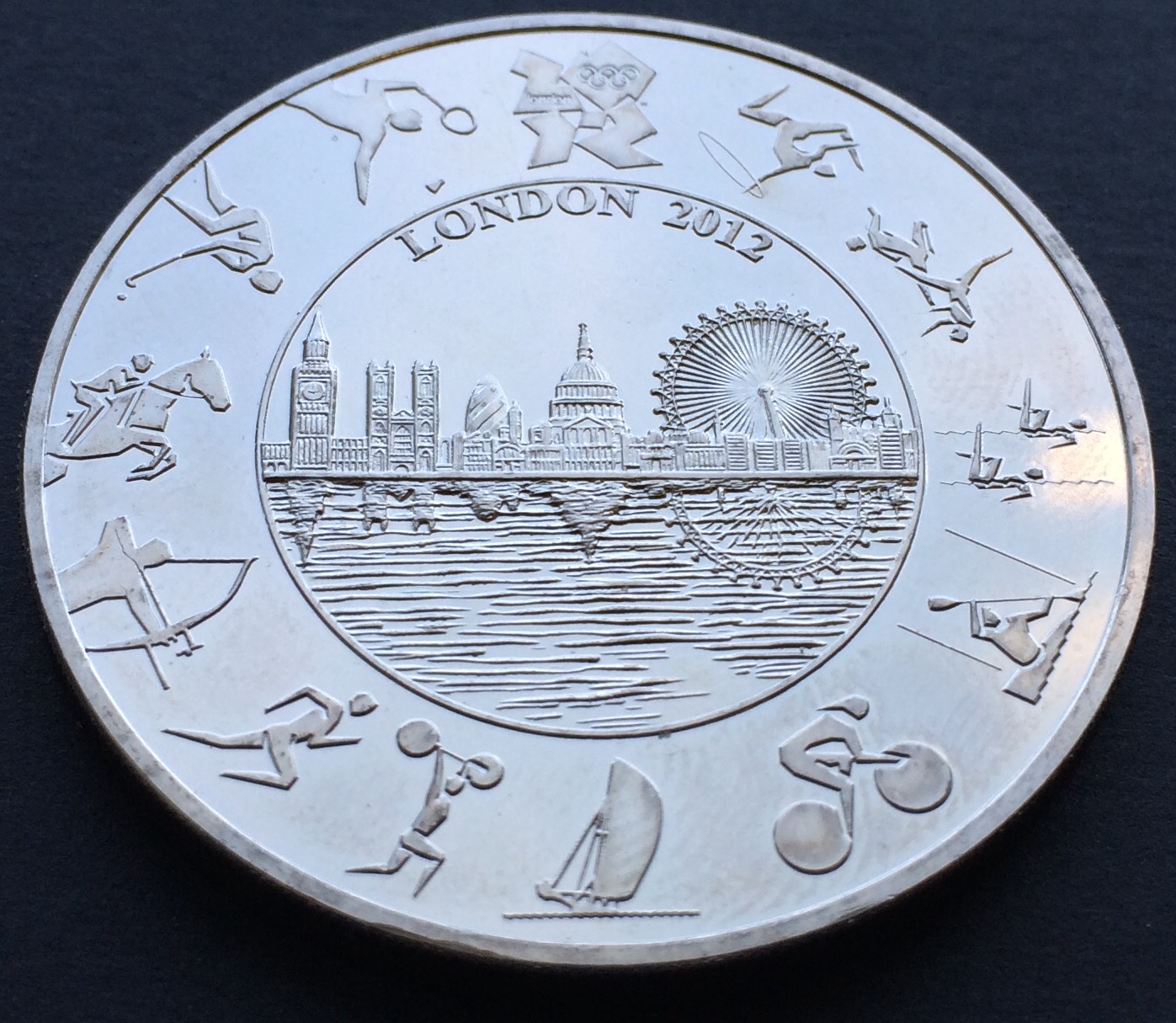 This is the Official Olympic £5 coin issued for London 2012, and aside from being a piece of Olympic memorabilia, what sets it apart from other £5 coins is that it was designed by a member of the public. The design was chosen as part of the Royal Mint’s nationwide competition open to art and design students in higher education. Saiman Miah’s creative idea features the iconic buildings of the London skyline and the River Thames within a central circle. The outer ring features pictograms in the style of a clock face, representing various sports at the London 2012 Games.

How many have you got in your collection? 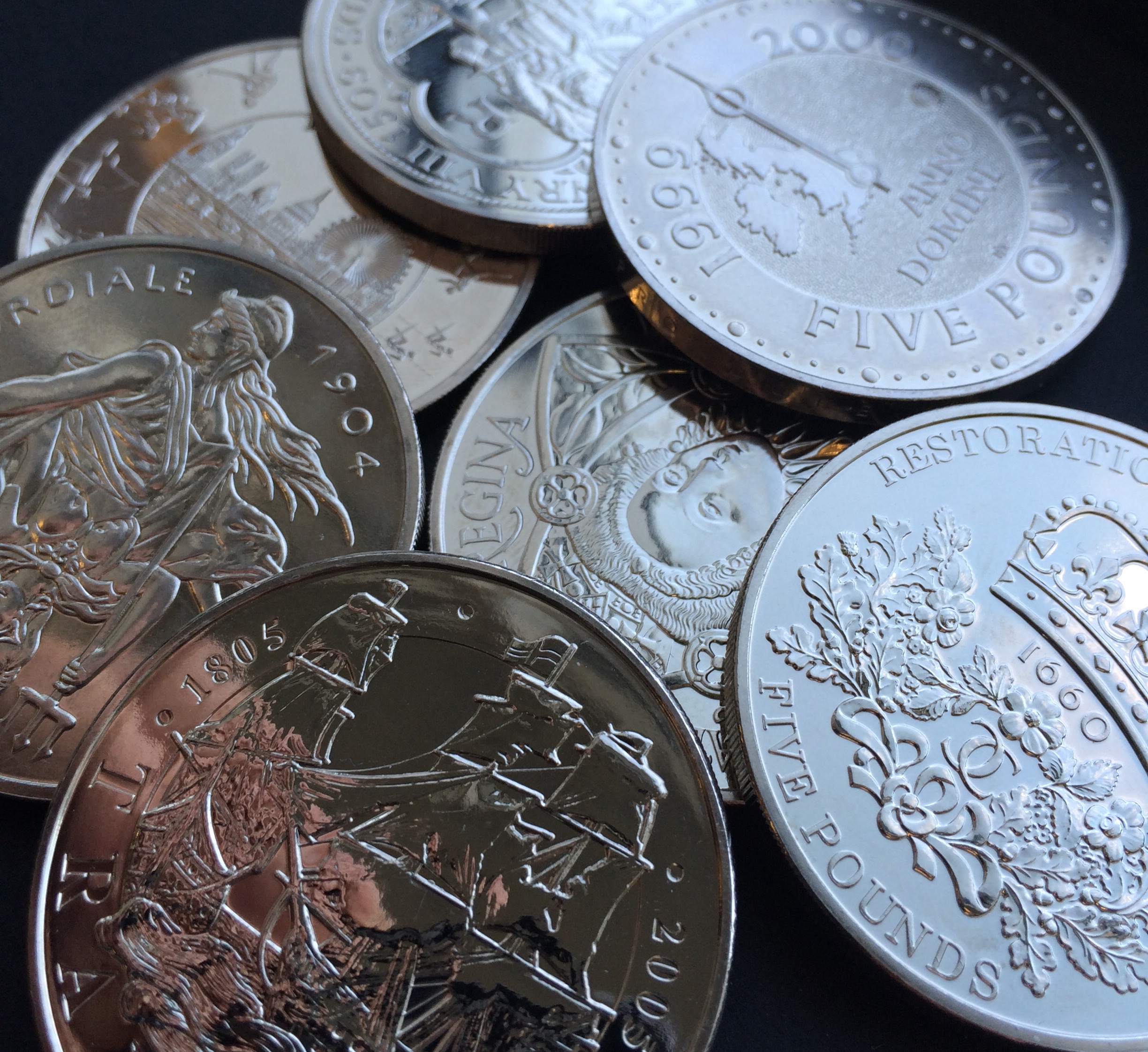 Available in the Change Checker Shop

The £5 is the UK’s flagship coin, and we now have a limited number of £5 coins available in the Change Checker Shop