Every keen collector knows that it is worthwhile paying close attention to the small details of your coins – it’s the only way you can ever hope to spot an error. However, it’s also important to know when you have a genuine rarity. There are a few stories which crop up more often than others, and hopefully this post will help dispel some of the myths about the £2 coins you can find in your change. 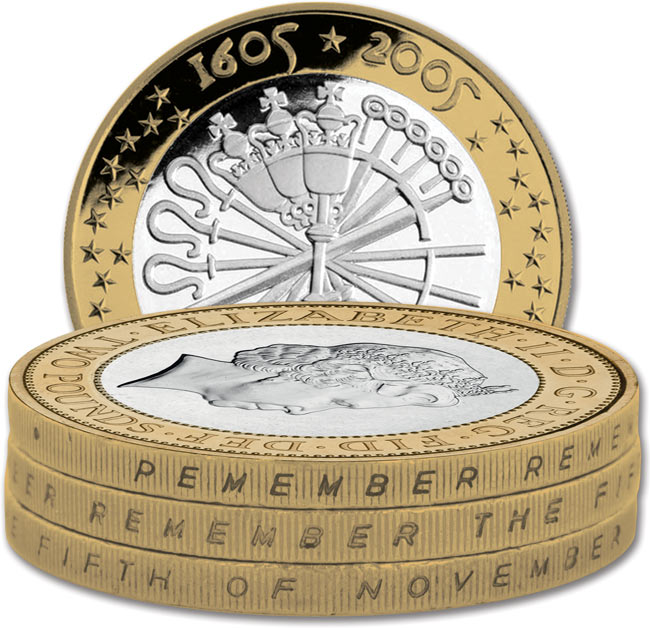 The 2005 Gunpowder Plot £2 commemorates the 400th anniversary of Guy Fawkes’ failed assassination attempt on King James I, but the coin is more familiar to collectors for having a spelling mistake in the edge inscription. The timeless quote “Remember, remember the fifth of November” has been found with various combinations of Pemember, Pemembep, Novemebep and so on. The common factor here is the ‘R’ which appears as a ‘P’.

Sadly for collectors this is apparently not a striking error. The explanation from the Royal Mint is that the down-stroke of the R coincides with the milling around the edge, and as the coin has worn over time, the letter has become less defined. This categorical statement from the Mint means that any mark-up in price for a supposed ‘error’ is completely unjustified, and although it makes the coin more interesting, it is not the mistake which it is often perceived to be. 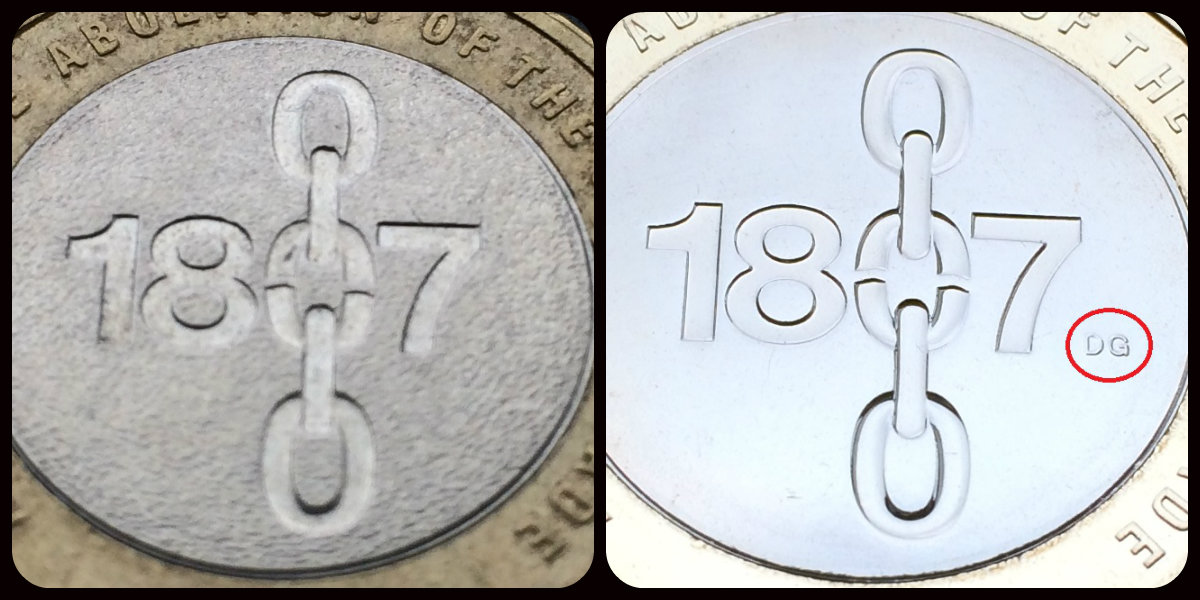 There is a misconception that there were two types of the Abolition of Slavery £2 coin struck for circulation. It is true that two versions of the coins exist – one has a textured finish whereas the other has a smooth finish and features the artist, David Gentleman’s initials (circled). The key difference is that only the textured version was struck for circulation, and if you find one of the smoother types in your change, you have actually found a coin which has been taken out of a presentation pack. This makes it considerably rarer than the circulating version, so it is worth keeping rather than spending! 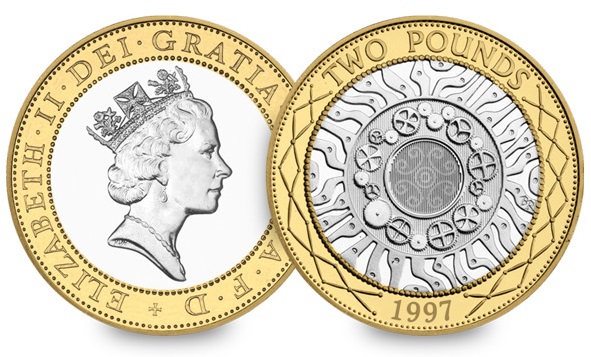 The ‘Queen with a Necklace’ £2 has an enduring legacy in the collecting world. The very first bi-metallic £2 coins were issued in 1997, just prior to the Queen’s portrait change in 1998. This meant that the older portrait by Raphael Maklouf was only used for one year: 1997. His version featured Queen Elizabeth II wearing a necklace, which is how the nickname was derived.

When the portrait change was announced, the new £2 coins were snapped up by collectors believing them to be a future rarity. As it turned out, a mintage of nearly 14 million means the ‘Queen with a Necklace’ £2 is not one of the rarest coins in circulation. Nevertheless, with only one year of issue, it still holds an undeniable interest for collectors.

It’s the little details like these that make collecting so interesting – and hopefully we’ve shed a bit more light on some of the most popular myths. Do you have any of these coins in your collection? 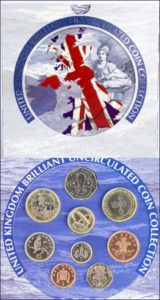 This Brilliant Uncirculated collection features nine coins which were released in 2007, including the Abolition of Slavery £2 coin.

Each coin in the pack is struck to the Royal Mint’s Brilliant Uncirculated quality, ensuring they are in superior condition compared to the coins you find in your change