The details of the new UK £5 Coin to celebrate the Queen’s 90th Birthday next year have been revealed. 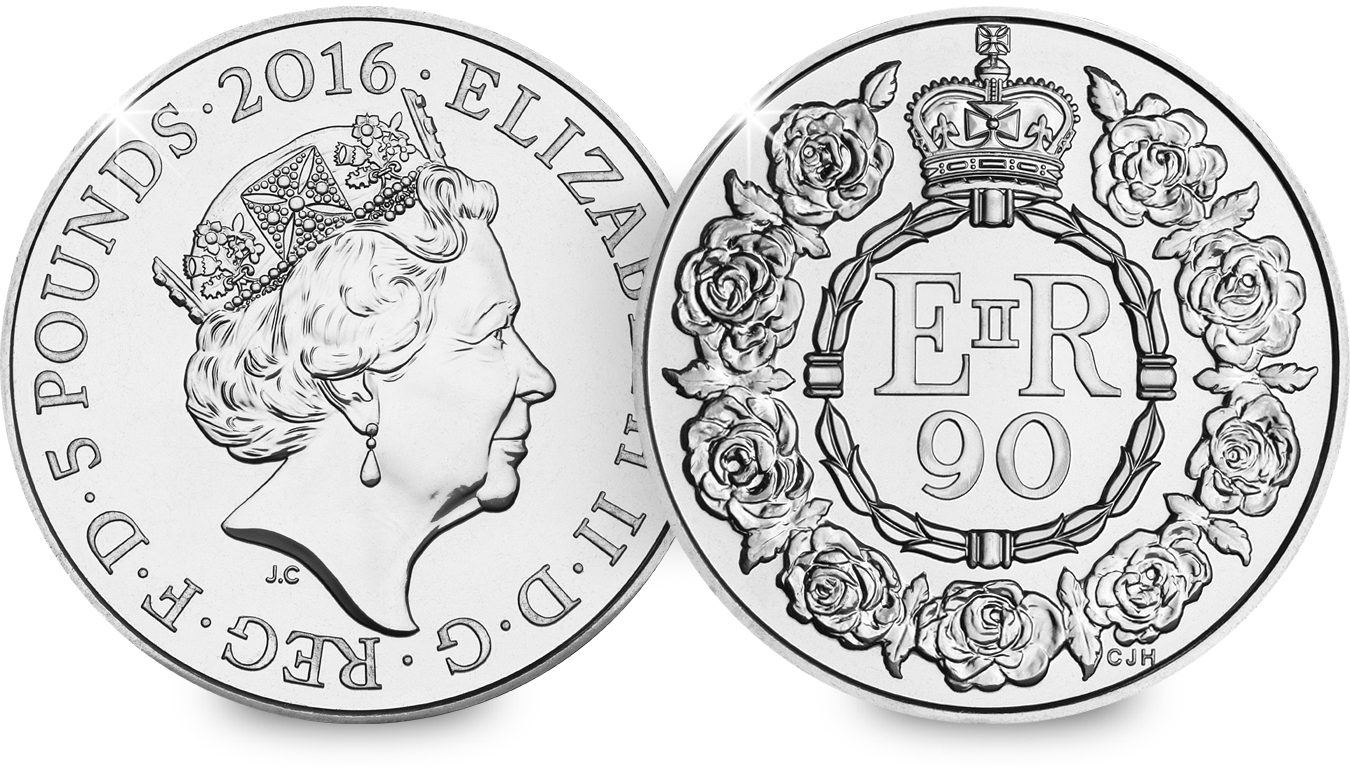 The Royal Mint has now unveiled next year’s £5 coin, but in fact the official Royal Proclamation published in the London Gazette in October also provided collectors with clear design details.

“Full of honour and years”

The new coin will feature a crowned Royal Cypher above the number 90, surrounded by roses.

The precious metal versions of the coin (which will apparently be available in Gold, Silver and Platinum) will also feature the edge lettering “FULL OF HONOUR AND YEARS”.

There is a precedent for celebrating the Queen’s birthday milestones, with £5 coins issued in both 1996 and 2006 to mark her 70th and 80th birthdays.

The new 2016 90th birthday £5 coin is the next in this special series, and will be eagerly anticipated by UK coin collectors.

Sadly though, it seems unlikely that the Royal Mint will mark the Queen’s Birthday with a return to making the £5 coin available to collectors for face value. 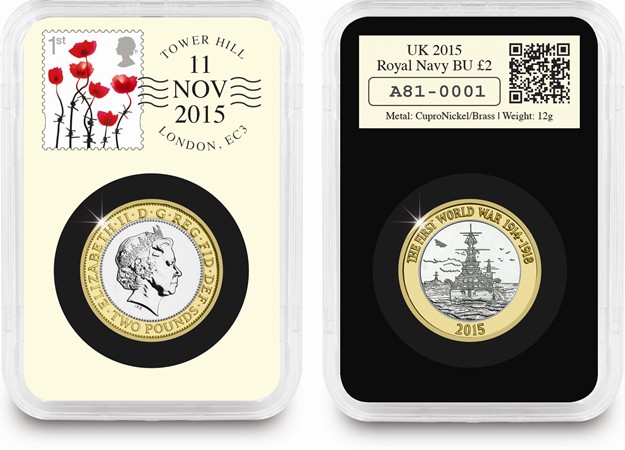 This 2015 First World War Anniversary Coin has been officially postmarked by Royal Mail on Remembrance Day; 11/11/2015 and has an edition limit of just 500.