Following the launch of the Change Checker “Scarcity Index” early last year, the final 2017 Quarter 4 Index has now been published. 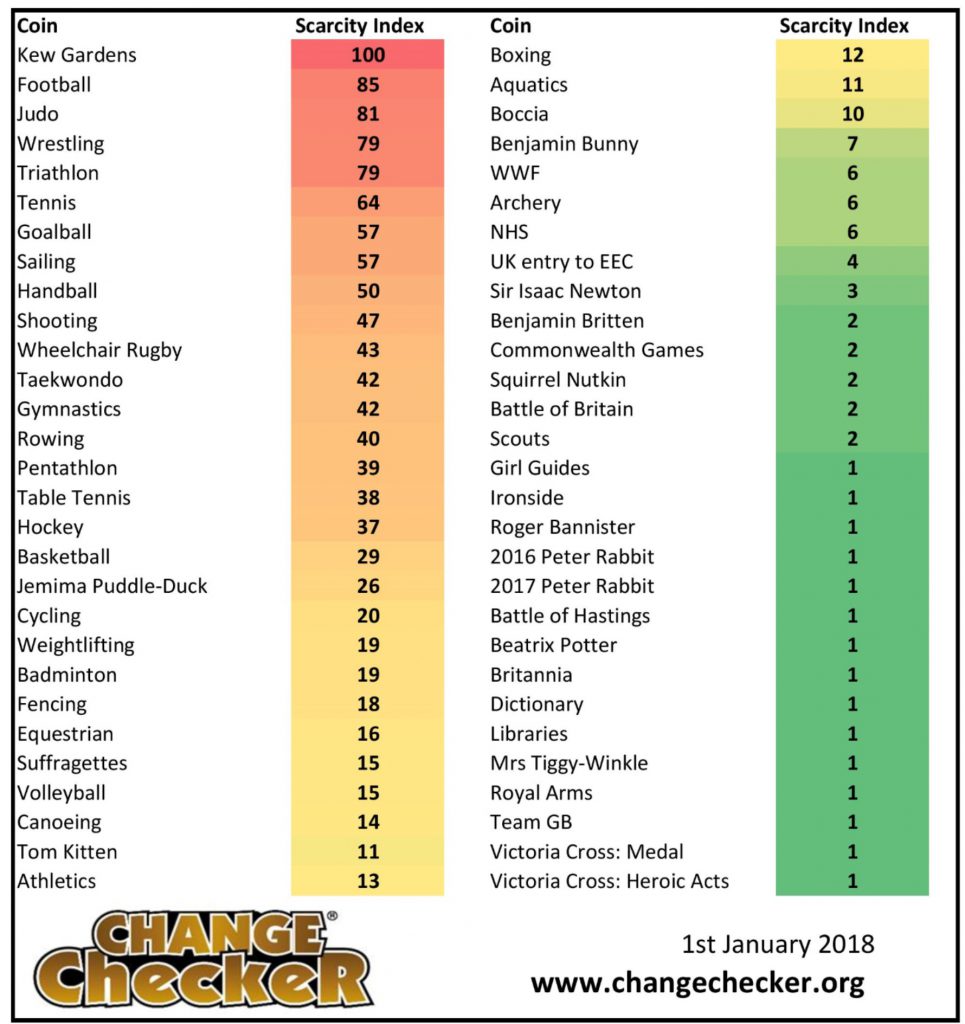 It’s of little surprise that Kew Gardens maintains its top spot as the UK’s most sought after circulation coin with a perfect score of 100.

The mintage figures for the 2017 50p coins were released just before Christmas and have had an effect on the Scarcity Index scores. Interestingly, the Sir Isaac Newton 50p only scores a 3/100 which is lower than we anticipated. This is mainly due to the large number of Change Checkers who list having the coin in their collection. However, we are expecting this score to increase during the next quarter due to the low mintage figure, of just 1.8 million, driving demand.

Jemima Puddle-Duck remains the most scarce Beatrix Potter 50p, with Tom Kitten and Benjamin also scoring quite highly with a score of 13 and 7 respectively. Tom Kitten and Benjamin Bunny were only released into circulation in December so requests for swaps are high. Mintage figures for these coins are also relatively high so as more people find these coins in their change it is possible these scores will decrease slightly.

Interestingly, the mintage figure for the Jeremy Fisher 50p coin has been released, however the coin is not yet in circulation. 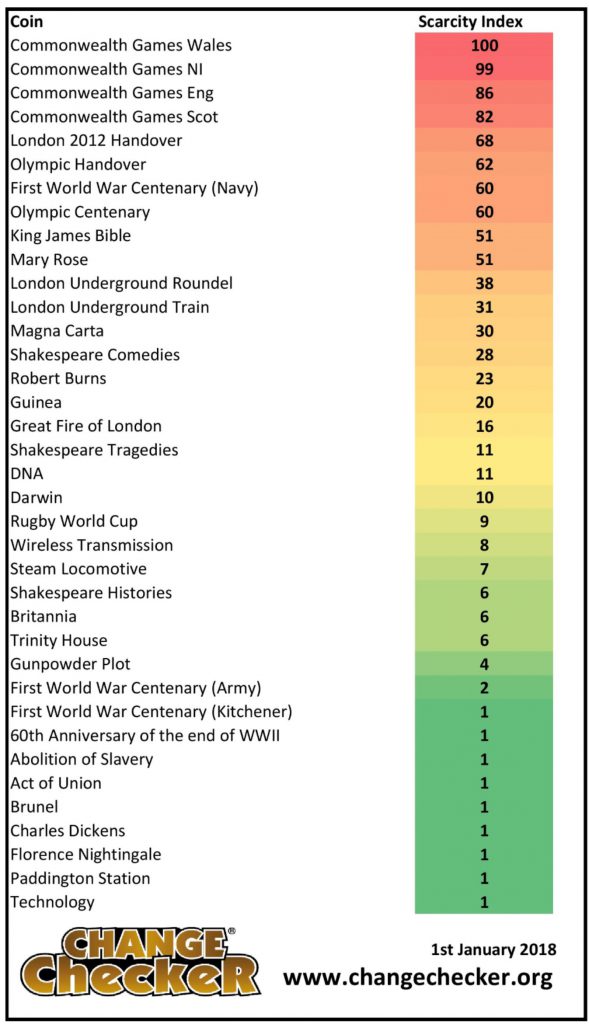 There’s not a lot of movement in our Quarter 4 £2 “Scarcity Index” update.

We are still waiting for the Jane Austen and WWI Aviation £2 coins to be released into circulation, hence why they do not feature on our Index. We await the release of these and their mintage figures with great interest, could they be low like the Sir Isaac Newton 50p? It is possible.

The Scarcity Index does not necessarily equate to value but it is certainly an effective indicator.  For example, the Kew Gardens 50p coin commands a premium of up to 160 times face value on eBay.

The £1 Scarcity Index has already been published for the Round £1 coins and, because they are no longer being issued, this is now set in stone.