With the Great One Pound Coin Race nearing the finishing line, collectors across the UK are desperate to complete their Round Pound collections.

Historically, change collectors have relied upon mintage figures for their indication as to which coins in circulation are the rarest.  But the story is not that simple.

The £1 coin has been in circulation since 1983.  During that time a total of 2.2 billion £1 have been struck for circulation.  But they are not all still in use. 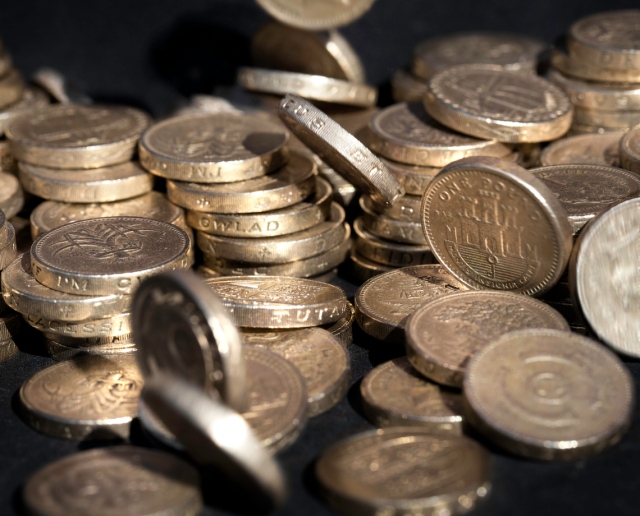 There are 1.5 billion coins in circulation but probably fewer than 800,000 of the rarest design

In other words, 650 million of the coins struck no longer circulate, presumably withdrawn over the years as worn or damaged.

The majority of those 650 million coins are from the early issuing years, meaning that although some of those years may have high mintages, the actual number of coins available to collect from your change is far lower.  In fact our research suggests that only a little more than half of the early years’ £1 coins are still in circulation.  Far fewer if you’re trying to secure one in good collectable condition.

But even that is only part of the story.  Of course, scarcity breads scarcity.

Even before the launch of the Great One Pound Coin Race, we noticed a rise in collector interest for £1 coins on the back of the introduction of the new 12-sided £1 coin.  And the demand is always disproportionately high for the more difficult coins.  The result is a continued ratcheting up in demand for the rarer coins.

That’s why Change Checker launched the £1 Scarcity Index.  Rather just relying on mintage figures, we have combined them with the two critical points above – the actual numbers of coins in circulation and real collector demand, measured by Change Checker swap data – to create a unique Scarcity Index for the £1 Coin.

Scaled from 100 to 1, the scores represent the relative scarcity of each coin, with 100 being the most scarce. 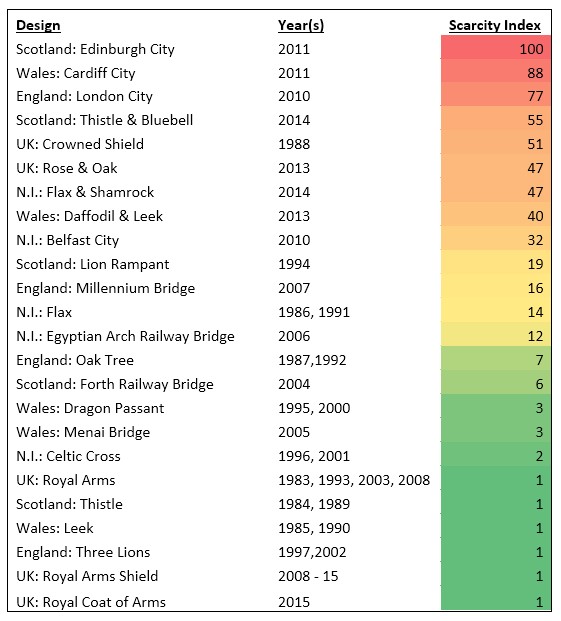 So will I ever find the Edinburgh City £1 Coin in my change?

With a scarcity rating of 100, the Edinburgh City £1 Coin is the rarest Round £1 in circulation

With the Edinburgh City £1 Coin topping the Scarcity Index, will you ever actually find one in your change?

Well certainly it won’t be easy – but it’s definitely possible.  Our calculations suggest there are probably somewhere between 600,000 – 800,000 Edinburgh City coins still in circulation but as we near the withdrawal date this number is decreasing rapidly.  In other words, it is of similar rarity to the recently issued 2015 First World War Navy £2 but far less scarce than the rarest current circulation coin – Kew Gardens 50p, which had a mintage of just 210,000.

Read more tips on how you can find those hard to get coins.