I am contacted many times each day by Change Checkers asking, “How much is my coin worth?”.

In truth, the value of a coin is simply what a collector is willing to pay. However, I cannot deny that certain coins do regularly command many times more than face value when sold on auction sites. 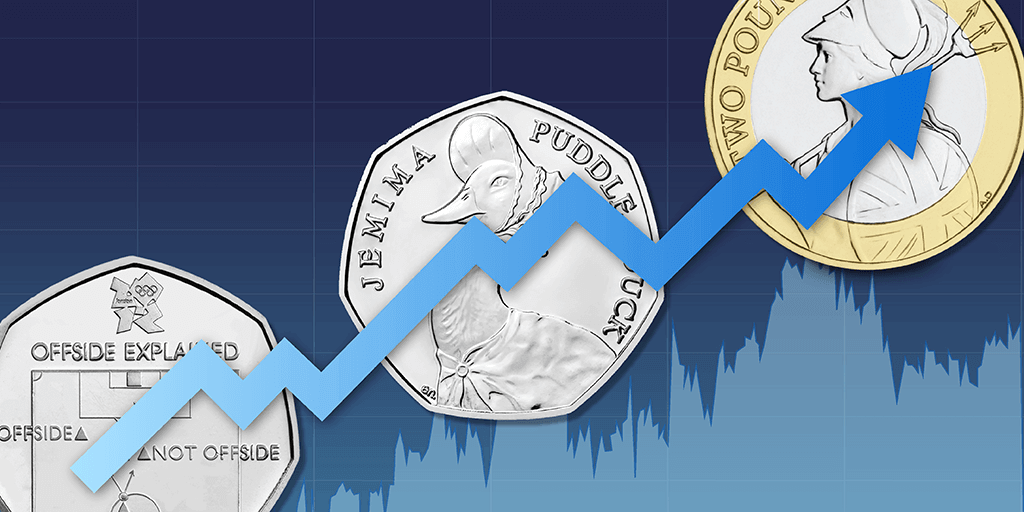 There is a lot of misinformation reported in the press regarding coin valuations. News outlets regularly report common coins being worth many thousands of pounds, simply because somebody has listed it for an extortionate amount of money.

In reality, nobody is ever going to pay thousands of pounds for a circulation Benjamin Britten 50p (despite it being a lovely coin!).

To help determine a realistic price for some of the most sought after UK circulation coins, I’m delighted to introduce the Change Checker eBay Tracker, which compares the median price paid for recent completed eBay sales for 10 of the UK’s most popular coins and banknotes. 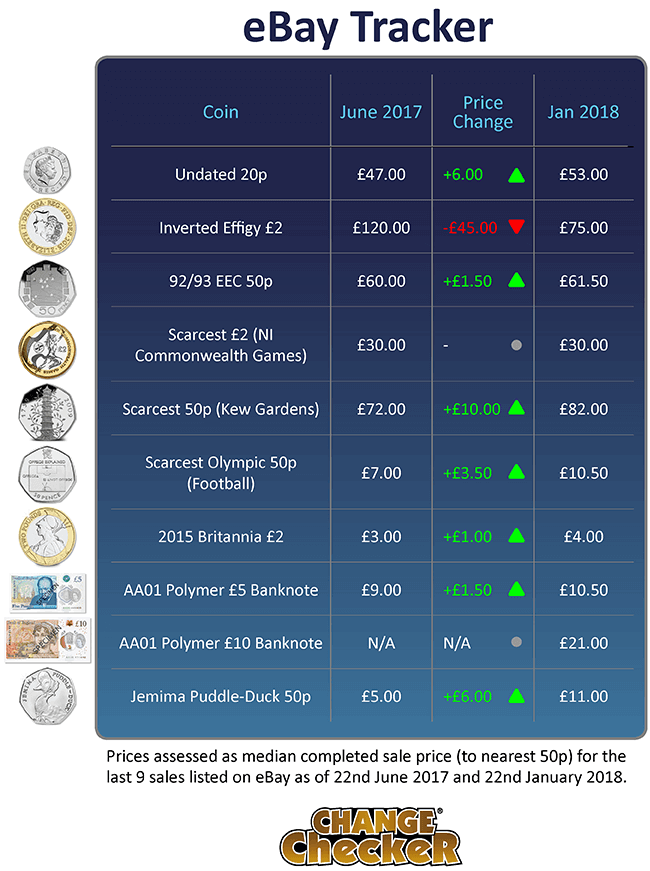 As you may expect, with the high levels of press coverage surrounding circulating coins and banknotes, prices have generally increased over the period.

The Kew Gardens 50p will now set you back £82, £10 more than 6 months ago. The Jemima Puddle-Duck 50p has more than doubled in its selling price and the Olympic Football 50p is now regularly purchased for over £10.

The AA01 serial numbered polymer £10 banknotes are selling for £21 and it’ll be very interesting to see if this level on interest continues during the next 6 months.

How does the eBay Tracker work?

The Change Checker eBay Tracker takes the last 9 sold prices achieved on eBay and gives the median price achieved (rounded to the nearest 50p). By taking the median, rather than an average, we avoid skewing created by one or two excessive prices achieved.

Please note that the Change Checker eBay Tracker is only ever designed to be a guide as to prices achieved on eBay. Prices may vary depending on collector demand and the quality of the coin being sold. It does not provide any guarantee as to future values of coins.

The next update will be released in June 2018, so if you’d like to be kept informed with any Change Checker eBay Tracker news, just fill in your details in the form below.